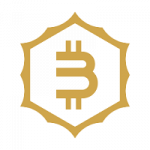 Behind the power of today’s cryptocurrencies, including Bitcoin, there are many scientific and social steps taken by great people. B-money DAO aims to inform and create a social memory by bringing up key people and events in the history of blockchain. Turning the important milestones into Memento CryptoCurrencies as a tribute to those that serve the cryptocurrency community.

Memento CC is the first digital adaptation of the Mint’s Commemorative Coin. The first cryptocurrency of the B-money DAO is B-MONEY. The DAO and pioneer Memento CC take their names from Wei Dai’s 1998 b-money project which inspired Satoshi Nakamoto while creating Bitcoin and the blockchain in use today. The DAO honors and rewards people -known to have played an important role in historical events- for their contributions. Every Memento CC is based on a historical fact and allocates a stake to the person behind the event or to their relatives.

Wei Dai’s ‘B-money’ is cited as the first reference in Bitcoin’s whitepaper. One of the most important milestones in blockchain history. Defined as an Anonymous Distributed Electronic Cash System ten years earlier than bitcoin. We started with the B-Money project to remember the project most likely to inspire Satoshi Nakamoto to build the blockchain behind Bitcoin. B-money is a reliable and powerful exchange tool for the next Memento CCs and corresponding NFTs with serial numbers.