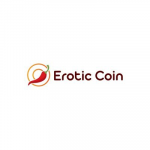 EroticCoin is born to reward people when they use their time watching television or other applications, so as to give value to their time invested, from which others earn money.
EOC is a single coin that operates through its application, by carrying out an addon on its smartphone, pc, TV, interacts with any link, video, photo that is watched, rewarding the user via EOC. Send EOC yourself, all you have to do is download the Pepper application and record you. This is possible because 80% of the tokens are blocked until the app leaves.
Pepper has the function of Wallet, payments, video sharing, the possibility of making EOC gain through daily missions. Only 20% will be distributed in the ICO, 80% will be given as a premium to holders of 20%. Possibility of integrating theaddon with YouTube calibre sites, HBO GO, Netflix, Prime video, BBC iPlayer and any video share content site. Big-calibre partnership coming in.
Open Website Open Whitepaper