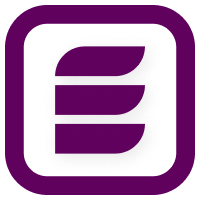 The project “Euphoria” which was launched in October 2021 is a P2P blockchain-based gaming and betting platform, which provides users with card games through BSC in one wallet, events and predictions which users can make by themselves. The head office of the company is based in the UK.

The platform generates income from commission, which is fixed 2% from the winnings in the decentralized services from the largest ecosystems in the blockchain network. Half of the platform fee goes to token buyback in order to create liquidity in pairs. Whoever holds EUPH tokens in a pair on AMM will also receive Euphoria tokens as if they were stalking them on Euphoria’s platform.

The advantages of Euphoria include:

• The platform serves as a peer-2-peer space for users. Games, bets and events are all P2P, they take place only between the users.

• An opportunity to create event predictions on sport and game tournaments.

• Open API extensions, which serve as a template for anyone who wants to create their app.

• Opportunity to earn not only on winnings, but staking, too: 6.25% each year during the period of 4 years will be dedicated to staking.