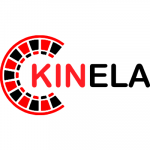 Not so long ago, technology that could learn and solve problems on its own was found only in science fiction. Today, Kinela with these advanced capabilities are emerging all around us, representing the latest wave of rapid progress. Artificial intelligence (AI) is redefining our way of life, enabling machines to do what people once thought only humans could do.

We’re entering an exciting new era in technology that is bringing transformative change to the way we live, work, and play. Decades ago, the PC era brought computers and all their capabilities to a wide audience. Then we witnessed the rise of the Internet, which brought more knowledge to people faster than ever before. Next came the rise of mobile and cloud ecosystems, which is putting the Internet in the palm of people’s hands, expanding the processing power of their devices, and scaling what they can store to formerly unimaginable levels. Now we are about to move to a new era, which we’re calling the era of intelligence.

With the Kinela ICO you get an opportunity to be there at the beginning of this revolutionary blockchain-based Artificial Intelligence Technology and take advantage of profits from the initial coin offering.