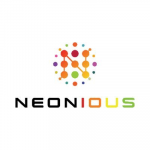 Neonious Biotech is introducing the Neonious Token (MDSIM) which is intended to incentivize large numbers of people to form the Neonious Network, a group of computers which will perform the molecular dynamics simulations, by distributing newly generated MDSIMs among these people based on the computing power they provide to the cause. With the molecular dynamics simulations, Neonious Biotech will power Alzheimer and dementia research.