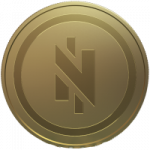 NERC is a token used as change media for the event participation inside the Nergame platform. As with the other ERC20 tokens, all the interactions with NERC are inside the Ethereum blockchain. This blockchain and its wallets are widely used these days and its use is very simple.

For the initial ICO of NERC and also the second one we will use a token called Nercoin created in WAVES network given the low comissions of this network. Once both ICOs are finished we will create a smart contract to change the NERC assets from the WAVES token to the ERC20 token in Ethereum netwok.

This token, unlike many others, is deflationary type, since as the events take place on the platform, a certain amount of NERC will be burned, thus increasing their value more and more.