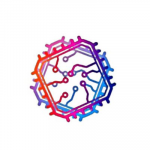 The first Decentralized Platform for Crypto Trading on the Quantum Blockchain