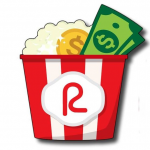 Rollyhoo is a participatory film production company that allows you to be part of the film industry by investing in films and series. Unlike crowdfunding, with Rollyhoo you can enter the project as a financial producer and generate your own income from the first moment. And all enjoying cinema experiences, traveling, obtaining exclusive material and much more.

The name comes from the term BALLYHOO (uproar) which means a commotion that occurs publicly around a person, such as that created in movie premieres around actors.